Greek Mythology Wiki
Register
Don't have an account?
Sign In
Advertisement
in: Beauty Deities, Kharites, The Graces,
and 2 more 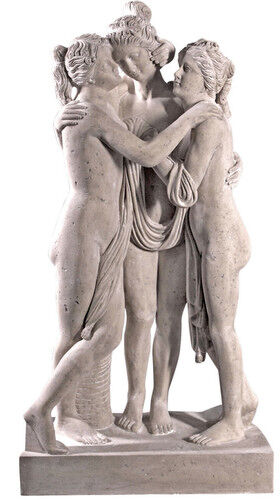 Aglaia (Ἀγλαΐα) was the goddess of beauty, splendour, glory, magnificence and adornment. Together with her two sisters, she was one of the three Kharites (Graces) who often appears dancing in a circle with her sisters.

Aglaia was married to Hephaistos after his divorce from Aphrodite, and by him became mother of Eukleia (“Good Repute”), Eupheme (“Acclaim”), Euthenia (“Prosperity”), and Philophrosyne (“Welcome”).