Bryke was one of the fifty daughters born to Danaus and Polyxo. She along with her sisters (and half-sisters) were married to sons of Aigyptos (by his various wives).

When Bryke and the other Danaids who had murdered their husbands they were sent to Tartarus and were forced to carry water from the river Styx in a bowls (or jars according to some) with holes over to a tub which leaks at multiple parts. Bryke and the others were told only when they filled the tub could they wash away their sins. The Danaids continue this essentially impossible task to this very day. 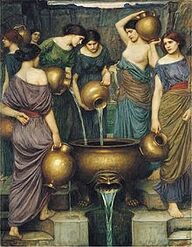 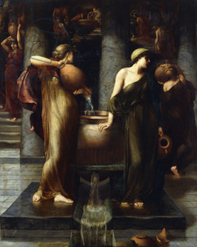 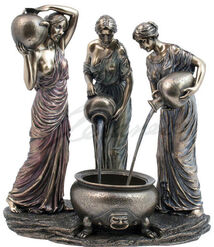 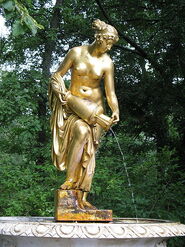 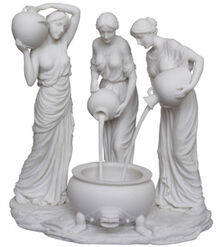 Add a photo to this gallery
Retrieved from "https://greekmythology.wikia.org/wiki/Bryke_(Danaid)?oldid=74151"
Community content is available under CC-BY-SA unless otherwise noted.