Cancer is the second of the four Cardinal Signs (Aries Cancer Libra Capricorn) of the zodiac, who all hold elemental energy of initiation and leadership at the beginning of the four seasons. Cancer season is the beginning of Summer, where the light and energy are in abundance. This definitive, nourishing seasonal quality is the root of Cancer’s strong cardinal authority and nature as an archetype.

The Crab makes an appearance in Greek legend, with its notable part in the tale of Hercules battling the Hydra. Karkinos, the Crab, was sent by the goddess Hera, who was not a fan of Hercules, to distract him and give the Hydra an advantage. When Karkinos bites Hercules on the foot, he kills him by cracking his shell. As a reward for risking his life to do Hera’s bidding, Karkinos is placed in the heavens, to shine for eternity. 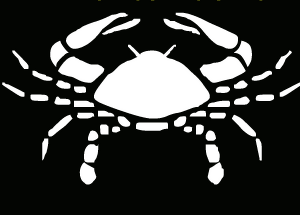