Coeus (Ancient Greek: Κοιος) is the Titan lord of the North. Coeus is the Titan of Resolve and Intelligence, and the embodiment of the celestial axis around which the heavens revolve. He married his sister Phoibe Titanid of Radiance and Prophecy. Phoibe bore Coeus Lelantos Titan of air, Leto Titaness of Motherhood, who bore Apollo and Artemis, and Asteria Titanid of Astrology.

Although Coeus does not have an active role in Ancient Greek religion, he was important through his children, Leto and Asteria, whom he had with his wife and sister, Phoebe. Leto was one of Zeus' lovers and gave birth to the twin Olympians, Artemis and Apollo.

"Again, Phoibe came to the desired embrace of Koios. Then the goddess through the love of the god conceived and brought forth dark-gowned Leto. . . Also she bare Asteria."
- Hesiod, Theogony 404 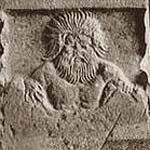 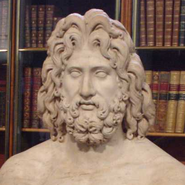 Koios
Add a photo to this gallery
Retrieved from "https://greekmythology.wikia.org/wiki/Coeus?oldid=79157"
Community content is available under CC-BY-SA unless otherwise noted.