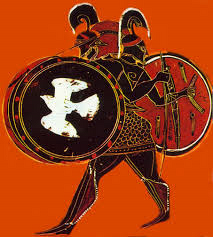 Geryon was the son of Khrysaor. He was a giant with three bodies from the waist up. Geryon had a big farm with cattle and was the owner of Orthos, the two-headed dog, brother of Kerberos.

The tenth labour of Herakles was to steal the Cattle of Geryon. Herakles first fought Geryon's servant, Eurytion, and Orthos, and killed all of them, then stole the cattle. 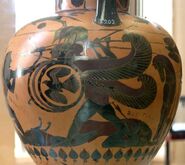 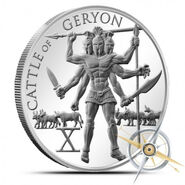 Coin depicting the three bodied Geryon (with his cattle in the background) whom Herakles killed to acquire his cattle during Herakles' Tenth Labor. 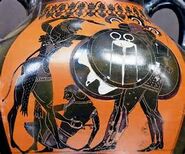