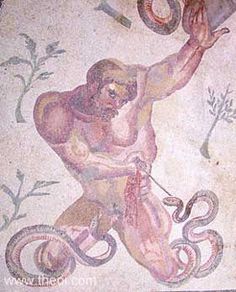 The Gigantes were the sons of Gaea and Tartarus (Protogenoi) When the gods took over from the Titans, Gaia became vengeful and gave birth to the Gigantes. Others that they were born from the blood of the castrated Ouranos (Heaven). They were born to oppose a certain god. For example, Porphyrion was born to oppose Zeus.

At the instigation of Gaia they made war on the gods but were destroyed in the ensuing battle with the help of Herakles. The most famous of the combatants were Enkelados who was buried beneath the island of Sicily by Athena, Polybotes who was crushed beneath the rock of Nisyros by Poseidon, and Porphyrionwho was slain by Zeus and Herakles when he attempted to violate Hera.

This is present when the god the Gigante opposed and Herakles or Dionysos (who was still human at the time) together killed most giants (some like Enceladus or Polybotes were crushed under island). There is one peaceful giant, Damasen. Because he was born to be the anti-Ares he was everything Ares was not, resulting in a peaceful Giant.

Here is a list of the Gigantes and the god he opposed:

The Gigantes could only be killed by god and demigod working together. 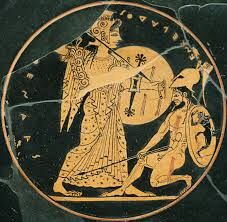 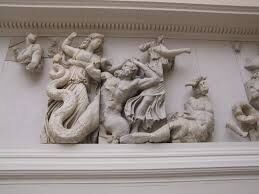 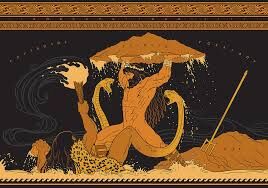 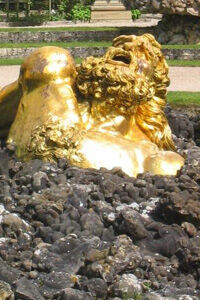 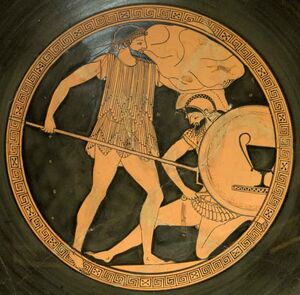 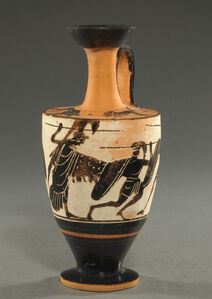 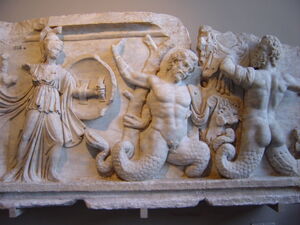 Gigantes
Add a photo to this gallery

Retrieved from "https://greekmythology.wikia.org/wiki/Gigantes?oldid=77448"
Community content is available under CC-BY-SA unless otherwise noted.