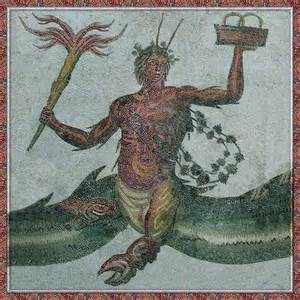 Phorkys is an old sea god who's offspring has been some of the worst monsters ever.

Along with Keto, he has bred some of the worst sea monsters in existence.

Phorkys usually was shown with gray hair and a fish tail, similar to Triton. He had crab-like skin and crab claw for forelegs. 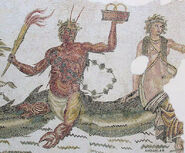 Phorkys & Keto
Add a photo to this gallery
Retrieved from "https://greekmythology.wikia.org/wiki/Phorkys?oldid=77172"
Community content is available under CC-BY-SA unless otherwise noted.