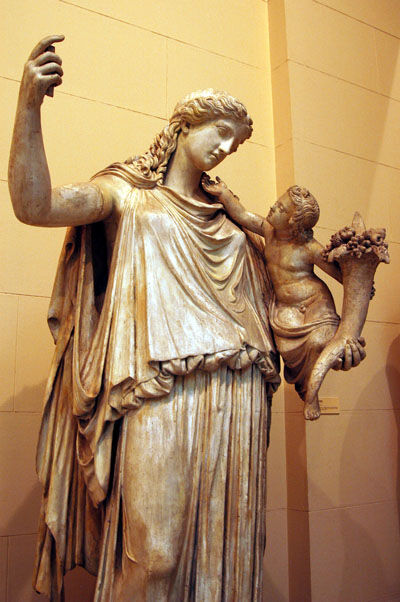 Ploutos was either a son of Demeter and Iasion or the son of Hades and Persephone[1].

Ploutos was described as the god of wealth with regard to agriculture.

Ploutos was blinded by Zeus so he would distribute wealth indiscriminately and without favor towards the good or the virtuous. In some versions, Ploutos was described as lame, as he takes his time arriving, and winged, so he leaves faster than he came.