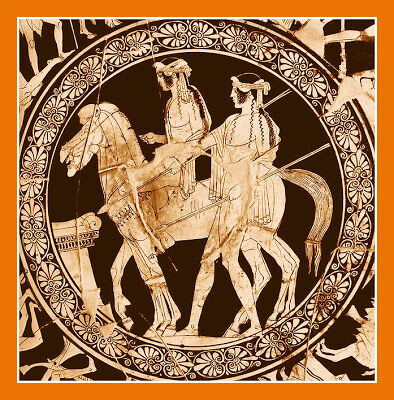 Polydeukes (Pollux) was the twin brother of Kastor, together known as the Dioskouri, and the brother of Helen. When Kastor was killed, Pollux asked Zeus to let him share his own immortality with his twin to keep them together, and they were transformed into the constellation Gemini.

He sailed with the Argonauts, and took part in a boxing contest and defeated King Amycus of the Bebryces, a savage mythical people in Bithynia. After returning from the voyage, the Dioskouroi helped Jason and Peleus to destroy the city of Iolcus in revenge for the treachery of its king Pelias. 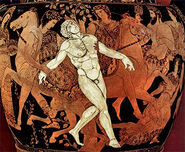 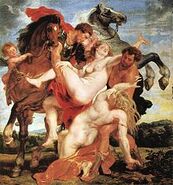 Twins2a.jpg
Add a photo to this gallery

Kastor and Polydeukes together were known as the Dioskouroi

Retrieved from "https://greekmythology.wikia.org/wiki/Polydeukes?oldid=76865"
Community content is available under CC-BY-SA unless otherwise noted.