The Second of Herakles' Labors was to kill the multi-headed Lernean Hydra a creature nearly indestructible. The monster grew two heads for each one that was cut off, it breathed fire, its teeth were dripping with venom and its blood was highly acidic. On this task Heracles brought along his nephew Iolaus to help him. He approached the creature's massive pitchblack lair in Lerna, He then shot a flaming arrow into the darkness to draw the fearsome beast out for battle. Herakles was protected from the Hydra biting him by his new Nemean Lion Pelt however the fire heated the pelt and caused burns on Heracles. Furthermore, Heracles could not figure out how to stop the Hydra from growing heads. Heracles told Iolaus to burn the stumps where the head used to be with fire to cauterize it so it could not grow more heads when he cut its heads. When it looked like Heracles might win, Hera sent a giant crab Korkinos to try and distract Heracles by pinching his foot. Heracles however dispatched the crab with one mighty stomp and he and Iolaus continued the routine until only the one immortal head which could not be cut off remained.

He then received a magical golden sword from Athena so he could cut off the immortal head. Heracles then buried the still writhing head next to the side of the road and lifted a giant stone and placed it where the head lay. Heracles then proceeded back to the body to dip his arrows in the Hydra's poisonous and acidic blood. When Heracles returned triumphant, King Eurystheus refused to acknowledge slaying the Hydra as a completed labor because Heracles had received assistance from Iolaus. So this was a labour that did not count. 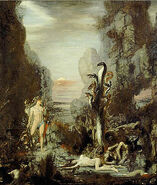 Woodcut of Herakles facing the Lernaean Hydra (by Sebald Beham 1545) 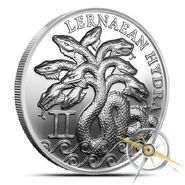 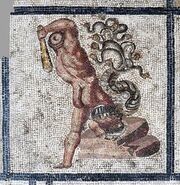 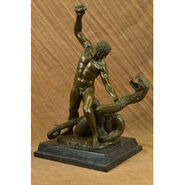 Add a photo to this gallery
Retrieved from "https://greekmythology.wikia.org/wiki/The_Second_Labor:_Slay_the_Lernean_Hydra?oldid=78891"
Community content is available under CC-BY-SA unless otherwise noted.