Erigone was the daughter of Icarius. She was a virgin, and would be forever. Dionysus favored her, and taught her the secret of wine making. She happily went back to her masters house and made some for him. He drank and drank, and was very drunk. The next morning, he became hungover. Because of this, he thought she poisoned him. He then killed her. Do to her innocence, she was placed in the sky.

In another myth, Virgo was Astraia, goddess of justice and daughter of the Titaness, Themis. She typically stayed on earth to try and keep order, but was driven away by man's ruthlessness and evil. She was later put up in the heavens as a constellation. 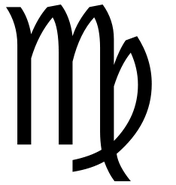 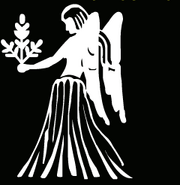 Add a photo to this gallery
Retrieved from "https://greekmythology.wikia.org/wiki/Virgo?oldid=76406"
Community content is available under CC-BY-SA unless otherwise noted.